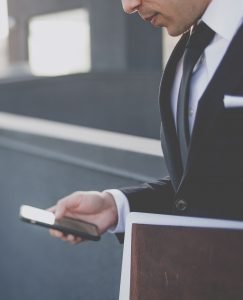 A Tallahassee car accident lawyer will be able to provide you with the legal assistance that you need as well as help you get compensation for your injuries. In addition, a personal injury attorney will be able to help you navigate the legal system and get you compensation for your injuries. He or she may also have experience with drunk driving accidents, which can prove very helpful if you have been in such an accident. When you are injured in a car crash, the last thing that you need to worry about is how to handle your legal matters.

According to Mothers Against Drunk Driving two out of three Americans will be involved in a DUI crash at some point in their lives. This is a sobering statistic, and it’s one that all motorists should all be aware of.

According to the U.S. Department of Transportation, every two hours, three people are killed in alcohol-related motor vehicle crashes.  That’s an alarming number, and it underscores just how dangerous drinking and driving can be for other vehicles on the road.

It’s important to remember that even if you haven’t had too much to drink, you can still be charged with DUI if you’re driving while impaired. The “presumptive” standard for establishing that a driver charged with DUI was driving under the influence, is an illegal Blood Alcohol Content (BAC)–but this isn’t always the case. For example, a driver who drinks alcohol before getting into car does not have to be legally drunk to cause an accident which results in injury or death.

Drunk drivers are more likely to cause accidents during the night when visibility is poor and roads are less populated with other vehicles. These impaired drivers may also go the wrong way on a one-way street and collide with another car head-on. Alcohol intoxication is  one of the leading causes of head-on collisions, and these accidents happen with some regularity.

What are the consequences of a drunk driving accident?

If you’re involved in a drunk driving accident, there are a number of consequences you could face. The severity of the punishment will depend on the severity of the crime and whether anyone was killed as a result in addition to other mitigating factors.

Drunk drivers can expect to face criminal charges, jail time, and hefty fines if found guilty of driving under the influence. In some cases, they may also lose their driver’s license or be required to attend rehab as a result of legal action.

The consequences for a drunk driver vary based on the severity of their crime and whether they killed someone or not. If convicted of killing another person while driving drunk, the perpetrator can expect to have a lengthy prison sentence.

But even if no one is killed as a result of the accident, drivers can still expect to face serious penalties and consequences. These can include jail time, revocation of their driver’s license, and heavy fines. Depending on state law, drinking establishments can also be held liable if they served alcohol to someone who then left the establishment and went on to cause an injury in an accident.

What if I was not injured in a drunk driving accident?

If you were not injured in a drunk driving accident, it doesn’t mean that you cannot make a claim. You may still be able to file a lawsuit if the driver caused an accident while being in an intoxicated state.

It is important to speak with an experienced attorney who can help you understand your rights and guide you through the legal process when considering a lawsuit.

How can I tell if the other driver was drunk?

One of the most important things to know after a car accident is whether or not the other driver was drunk. This information can help you make a more informed decision about what to do next.

There are several signs that can indicate that the other driver was impaired. One of the most obvious is if they were driving too slow. Impaired drivers also have difficulty seeing well, which can cause them to weave in and out of lanes or cross over into oncoming traffic. Additionally, they may drive too fast or too slow, and be unable to complete roadside sobriety tests successfully. Slurred speech is another sign that the driver has been drinking alcohol.

If you believe that the other driver was drunk, it’s important to speak with an experienced lawyer right away. They will be able to investigate further and determine if filing a lawsuit is in your best interest

How can a drunk driving accident lawyer help me?

If you’ve been in a drunk driving accident, it’s important for you to seek legal representation as soon as possible. An experienced personal injury attorney will help you get compensation from the insurance company.  Additionally, you may be able to pursue punitive damages in addition to general recovery compensation.

The lawyer representing you will investigate your case and work with you to recover the maximum amount of compensation possible. Your compensation may include damages for medical bills, repair costs, lost wages, and more.

When it comes to car accidents, there are a few terms that everyone should be familiar with. One of these terms is negligence. This term is important in any accident case, as it is the basis for most lawsuits. To win a case based on negligence, the plaintiff must show that the defendant owed him or her a duty of care, and subsequently the defendant breached this duty and caused his or her injuries as a result of it.

Driving drunk and causing injuries is considered negligence, there is no need for a plaintiff to prove the elements of duty and breach. In fact, under Florida law it is illegal to drive under the influence of alcohol or drugs, with a Blood Alcohol Content (BAC) limit of .08%. This means that if you are involved in an accident with someone who was driving drunk, you may have a valid claim against them for driving drunk.

When you have been involved in a drunk driving accident, the insurance company will likely try to contact you and offer a settlement. It is important that you never accept this settlement without first talking to a good personal injury lawyer. The insurance company knows that they will lose in court if the case goes to trial, so it uses this knowledge to its advantage in negotiations with you.

The insurance company may offer you on-the-spot payments which would require you to release them from any liability. You should be very careful before signing any documents like this! Insurance companies are incentivized to offer lowball settlements because they know that most people will not hire a personal injury attorney. This allows them to save money by not having to pay out more later on or if the case goes to trial or a personal injury attorney gets involved with the negotiations.

However, an accident attorney can help you determine what your case is really worth and make sure you get the best possible settlement from the insurance company. DUI lawyers know how to investigate the potential liability of others in order to win a settlement on your behalf. They will also help with finding information about possible legal options for the victim’s family or negotiating a settlement with the at-fault party or insurance company.

Juries are not sympathetic towards drunk or stoned drivers when it comes time for a trial, so it is important that you have as much evidence as possible to increase the value of your case. There are a number of ways to do this, and a law firm can help you collect the evidence you need and guide you through the legal process.

When you’re interviewing personal injury attorneys, be sure to ask about their experience with drunk driving accident cases such as yours, how long they anticipate your case will take, and what their contingency fee is. An accomplished law firm will know what you’re up against when dealing with the other party. Additionally, you may also be interested in having a look at our information on Commercial Vehicle Accidents.