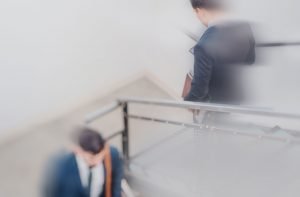 When you have been in a rear-end car accident and you’ve suffered injuries you are going to need a personal injury lawyer. When choosing an attorney, you’ll need to choose an injury attorney who has experience in handling car accident cases.

A car accident lawyer in the Tallahassee area will know what you’re up against when dealing with the other party. Additionally, by hiring a personal injury lawyer who specializes in these types of cases, the lawyer will know about the types of evidence that will help your car accident case.

How Common Are Rear-end Accidents?

Rear-end accidents are among the most common type of car accident. In fact, they happen every eight seconds. This is largely due to the fact that many drivers tailgate other cars, which often leads to a collision when the vehicle in front brakes suddenly.

There are several things drivers can do to avoid rear-end collisions. One is to leave plenty of space between their car and the one in front, so they have time to react if the driver ahead brakes suddenly. Another is to be aware of their surroundings and keep an eye out for cars that may be braking unexpectedly. Finally, drivers should always obey the speed limit and not drive too quickly for conditions.

What Are the Common Causes of Rear-end Collisions?

There are many reasons why a rear-end collision might occur. Driver distraction is one of the most common, making up 87% of all rear-end collisions. This can be anything from texting while driving to talking on the phone or eating while behind the wheel. Other causes include hazardous weather conditions, DUI, driver fatigue, and being distracted by something in the car. Inattention is another big contributor to these accidents, as well as judgment failures and other distractions.

The driver in front of you may have stopped abruptly due to a road hazard, including hitting debris or stopping at a red light. It’s important to always be aware of your surroundings and drive defensively so that you can avoid these types of accidents.

How Can I Avoid Causing a Rear-end Accident?

There are a few things you can do to avoid causing a rear-end accident. The safest way is to take extra precautions and follow the rules of the road. For example, don’t engage in aggressive driving tactics, like tailgating or texting while driving. Another thing you can do is take time to slow down and watch for cars in front of you; this will help avoid any sudden stops. Finally, always be aware of your surroundings and stay alert while driving. If you’re focused on the road and watching out for other drivers, you’ll be less likely to cause an accident.

When two cars collide in the back, the passengers and drivers in both vehicles can suffer serious injuries. Some of the most common injuries include:

-Neck injuries: Whiplash is a common injury sustained in rear-end collisions. The sudden jerking motion of the head can cause damage to the tendons or ligaments in the neck, leading to pain, stiffness and limited movement.

-Back injuries: The back is particularly vulnerable to injury in a rear-end accident. The impact can cause pain, stiffness and limited movement. In some cases, surgery may be required to repair damage done to the spine.

-Brain injuries: A person’s brain is susceptible to injury from a rear-end collision. Concussion and more serious traumatic brain injury (TBI) are both potential outcomes of this type of accident.

-Spinal cord injuries: If the spine is damaged in a rear-end crash, paralysis may result. Hospitalization may be necessary to stabilize an injured spine. Often those with spinal cord injuries must live with disabilities for the rest of their lives.

-Broken bones: Bones in any part of the body can break during a car accident, but they are particularly susceptible when two cars collide while both are in motion. Broken bones can take time to heal, but they often do so without surgery or long periods of recovery.

-Compound fractures: These are fractures that occur when bone breaks and the sharp ends of the bone puncture the skin. Compound fractures are extremely painful and may not heal properly. If left untreated, they can lead to permanent disability.

-Fatal injuries: Although rare, fatalities can occur as a result of a rear-end collision. When two cars collide at high speed, the passengers in both vehicles can be killed or seriously injured.

Determining Fault in a Crash

Is the Tailgating Driver Always At-fault?

When you’re driving and someone hits you from behind, it’s natural to assume that the driver who rear-ended you is at fault. However, this isn’t always the case. In a rear-end car accident, it is possible for the driver who was hit to be at fault.

The driver in front of you could have been driving too fast or changing lanes without signaling, which can cause a crash like this. If any of these things were happening when you got hit, it would be difficult to prove that the other driver was at fault.

The driver that is made at fault in a rear-end accident will be the one who causes it. So if you’re involved in an accident and someone blames you for causing it, proving fault can get tricky.

When is the Lead Driver at Fault in a Rear-end Accident?

There are three times when the lead driver can be at fault in a rear-end collision:

The first is when you change lanes abruptly without signaling and hit an oncoming car, where the lead driver is responsible for their own negligence; the second is if there was no signal and you hit someone who was turning into your lane; finally, if you stop suddenly in back of someone who’s already stopped at a red light. In each of these cases, the lead driver could be liable for damages to other drivers or passengers.

If you have been in a car accident, the first step is to get medical attention and then call an experienced car accident attorney. You should also contact an attorney as soon as possible after a rear-end crash. This is especially important if your injuries required medical care and time off from work.

An experienced car accident lawyer can make sure that your claim is fully covered by the insurance company. They will also help you file a lawsuit if necessary. If you believe that someone else was at fault in the accident and caused damages or injuries that affected your loved ones, it is especially important to contact a lawyer immediately.

Car accident attorneys can help reduce or deny the payment owed after an auto accident. They can also gather the necessary evidence for your case.

Contributory negligence is a system that requires the victim to demonstrate they were not at fault in order to recover any damages. This system is currently only found in a few states, with those states being Florida, Hawaii, Louisiana and Maryland.

Victims of car accidents are judged on whether they were partially at fault for the accident. In order to recover compensation from another party, you must have been in a dangerous situation and unable to avoid the crash. An attorney can help you with evidence, expert testimony and reconstructing the accident scene so you have a better chance of recovering what you deserve.

Comparative negligence is a legal doctrine that assigns liability between drivers based on their percentages of fault. For example, if Driver A is determined to be 30% at fault for an accident, and Driver B is 70% at fault, then Driver A can recover only 70% of his damages from Driver B.

Modified comparative negligence splits liability according to fault, with a limit at 50%. This means that if Driver A is 51% or more at fault for an accident, he cannot sue or receive damages from any other driver involved in the accident.

Modified comparative negligence is typically used in auto accidents where there are multiple negligent parties. For example, if two drivers are both found to be 25% at fault for an accident, each would be responsible for 50% of the resulting damages.

The negligence laws for car accidents are the same no matter if the accident was not your fault or if it was. In order to prove contributory negligence in court, you must show that you were 1) aware of the danger and 2) did not take reasonable steps to avoid it .

Insurance adjusters take these shared fault rules into account when negotiating settlements after a car accident that wasn’t your fault . They may offer you a lower settlement if they believe you were partially at fault for the accident.

If you are injured in a car accident, one thing you need to be aware of is Florida’s comparative fault law. This law can reduce the amount of compensation you receive if you are found to share in the blame for the crash.

The at-fault driver has to prove their claim to a jury before any reduction is granted. They also have to show that the accident victim contributed something to cause the crash, which could be as simple as not wearing their seatbelt or texting while driving.

Comparative fault could play a role in a rear-end collision case. If you are hit from behind, it will be important to take pictures of the cars before they are moved and ask eyewitnesses for their contact information.

Florida’s law allows you to collect evidence at the accident scene. This can be helpful in proving that you were not at fault for the cause of the crash

When you’re interviewing personal injury attorneys, be sure to ask about their experience with rear-end  accident cases like yours, how long they anticipate your case will take, and what their contingency fee is. An accomplished law firm will know what you’re up against when dealing with the other party. Additionally, you may also be interested in having a look at our information on Lane Change Crashes and Whiplash Injuries.